“Before my surgery, I didn’t have much of a life. I was always afraid to go somewhere or do anything for fear of getting a migraine. Migraines for me were completely incapacitating. I couldn’t get out and go see my kids and family like I wanted to. It affected every relationship I have in one way or another.

I felt like I had no hope. I was just trying to survive between Botox injections. Honestly, I felt like I was just waiting for the Lord to come to get me and take me from this body of death.”

Dr. Aguila excised multiple occipital nerves to get rid of Cheryl’s migraines. She was 90% better after the first procedure.

She then identified that she had temporal triggers that were now identifiable since we’d taken care of the occipital triggers. Dr. Aguila returned to the operating room to remove the auriculotemporal nerves. Now she’s had only one migraine headache in the last year!

“EVERYTHING changed after my surgery! Dr. Aguila is my hero! Words can’t describe how life changed! I can go places and do things without fear! I actually have a life! I can actually be depended on by my family, instead of being absent! I praise God, that He led me to Dr. Aguila!”

Migraines are thought to be intracranial problems in which a headache is triggered by an alteration in blood flow.  Botox, however, would not alter the intracranial component of the migraine cascade, and so a different explanation is necessary to understand why botox (or surgery) would be helpful.  It is theorized, then, by many surgeons and dermatologists, that the mechanism by which Botox works is to paralyze the muscles that are irritating the nerves and acting as triggers for the migraines.  In effect, Botox doesn’t cure the migraines – it removes the trigger so that the process doesn’t start in the first place. 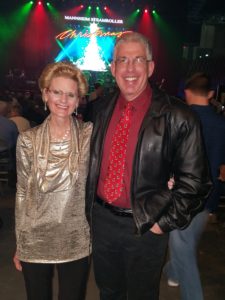 Cheryl no longer suffers from Migraine headaches after Dr. Aguila removed nerves in her head.

Here is what Dr. Aguila had to add to Cheryl’s case:

Similarly, the reason that the surgery helped is that the nerves were being irritated by the surrounding muscle and tissue, and that irritation would act as the trigger for the migraine headaches. We had discussed the option of decompressing the nerves, but Cheryl wanted to leave nothing to chance.

We instead removed nerves, knowing that it would likely leave her some numbness over certain areas of her scalp, but also knowing that the denervation would have a higher chance of success.  Surprisingly, despite the denervation, she did not have any numbness which speaks to the ability of the body to overlap sensory nerves, and that the nerves that traditionally are responsible for sensation in the scalp obviously had some cross-innervation from other nerves, such that she noticed no areas of numbness. 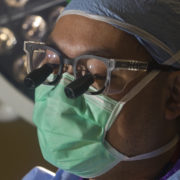 What Kind of Doctor is Dr. Aguila? 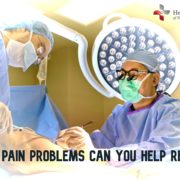 Signs of a Peripheral Nerve Injury 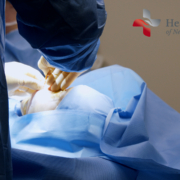 The M25 Program Comes to Life at Millard Family Hospital 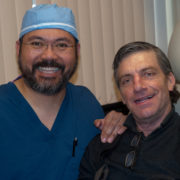 Years of Chronic Pain Gone Thanks to Innovative Surgery 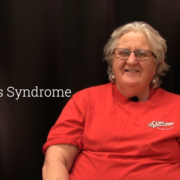 Back Pain Finally Gone Thanks to Nerve Surgery
0 replies

Want to join the discussion?
Feel free to contribute!